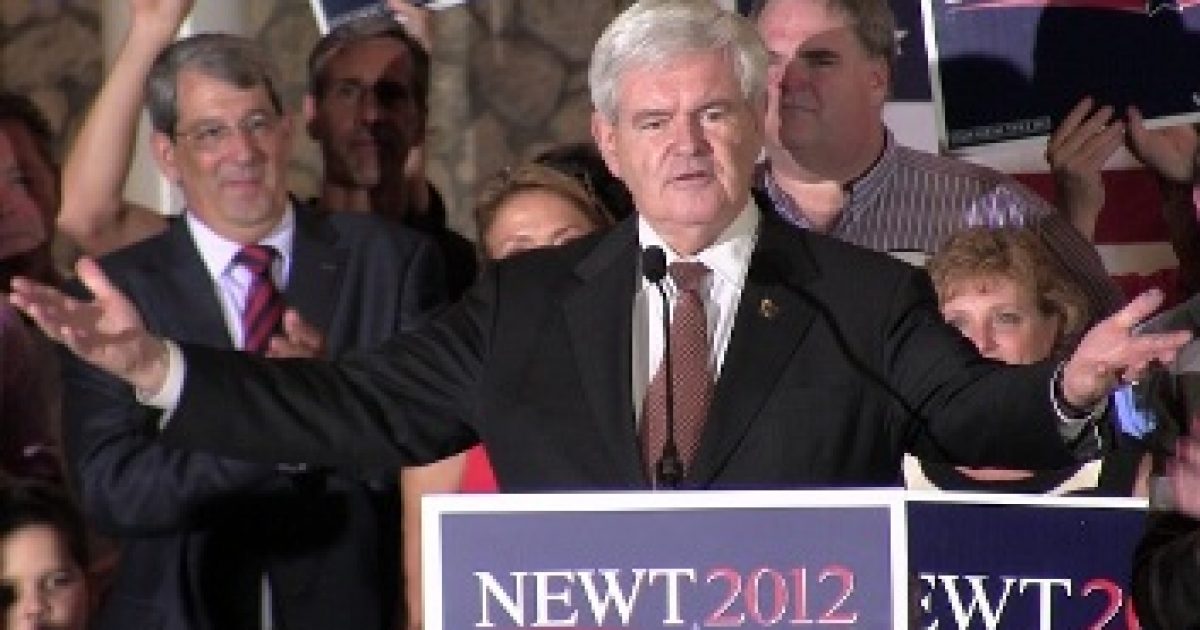 Coral Springs,FL- Newt Gingrich was heckled by a woman who managed to make her way to the front of the crowd, and he was clearly distracted by her obnoxious attempt to try and gain his attention.  Gingrich attempted to address her incoherent line of questioning as best he could, and as you will see in the video, Gingrich responded to her perfectly.  We asked the woman if she was a Ron Paul supporter or if she was part of the Occupy Wall St. movement, she said indicated she was not associated with either.

Karin Hoffman, Gingrich’s Broward County Co-Chair (previously been featured here on the Shark Tank) attempted to try to diffuse the situation. Unfortunately, Hoffman only compounded the situation when she grasped at the woman and put her hand on her, prompting the woman to object. Another campaign advance man stepped in to explain to her that her safety could be in danger, and she took offense and tried to turn it around on the campaign.

Inexplicably, Hoffman turned around and struck the photographer and the video camera, right in front of two police officers.(End of video) Assault charges could be forthcoming, and it’s fair to ask if she is suited to be representing Newt Gingrich in Broward County.

At Common Law, an intentional act by one person that creates an apprehension in another of an imminent harmful or offensive contact.–Legal Dictionary