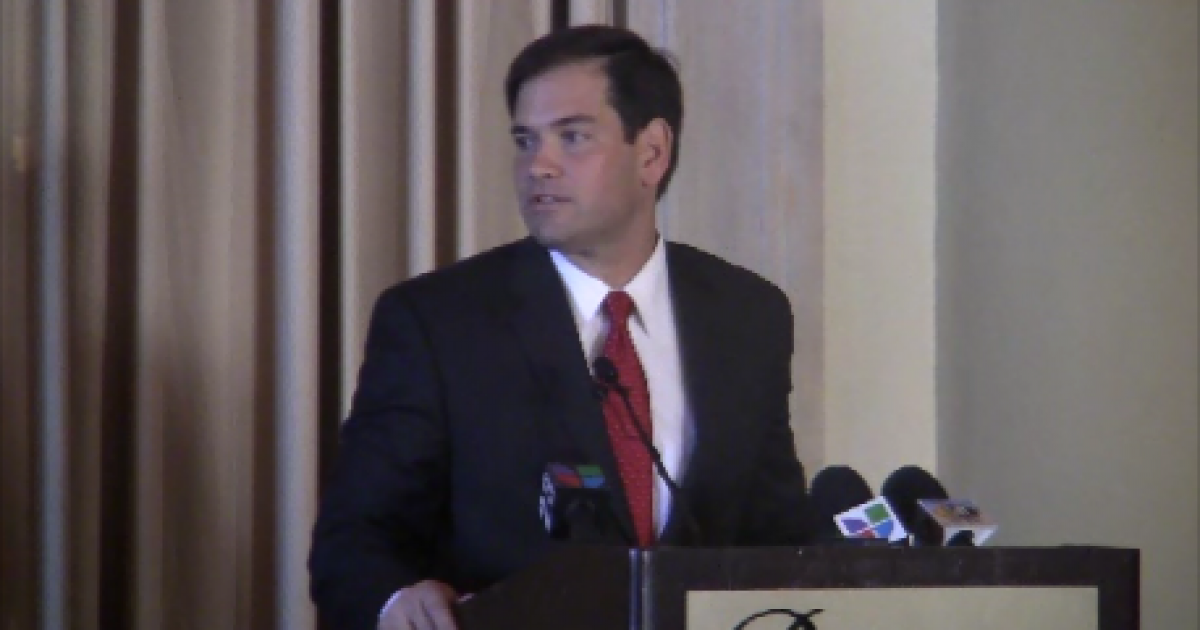 During a Q&A session with reporters in Naples, Florida, GOP Presidential candidate Newt Gingrich was asked the question that many Floridians would like to ask each of the Republican presidential hopefuls- will you pick Senator Marco Rubio as your running mate?

Gingrich, like Mitt Romney and Michele Bachmann before him, said that he would absolutely consider Rubio for the VP slot, adding  that he (Rubio) was on everyone’s short list. Gingrich has also recently stated that he would consider Congressman Allen West for the job. If Gingrich becomes the Republican Presidential nominee, the smart money bet would be on Rubio, considering the history between the two men.
[vsw id=”uo4UszzWc1Y” source=”youtube” width=”425″ height=”344″ autoplay=”no”]