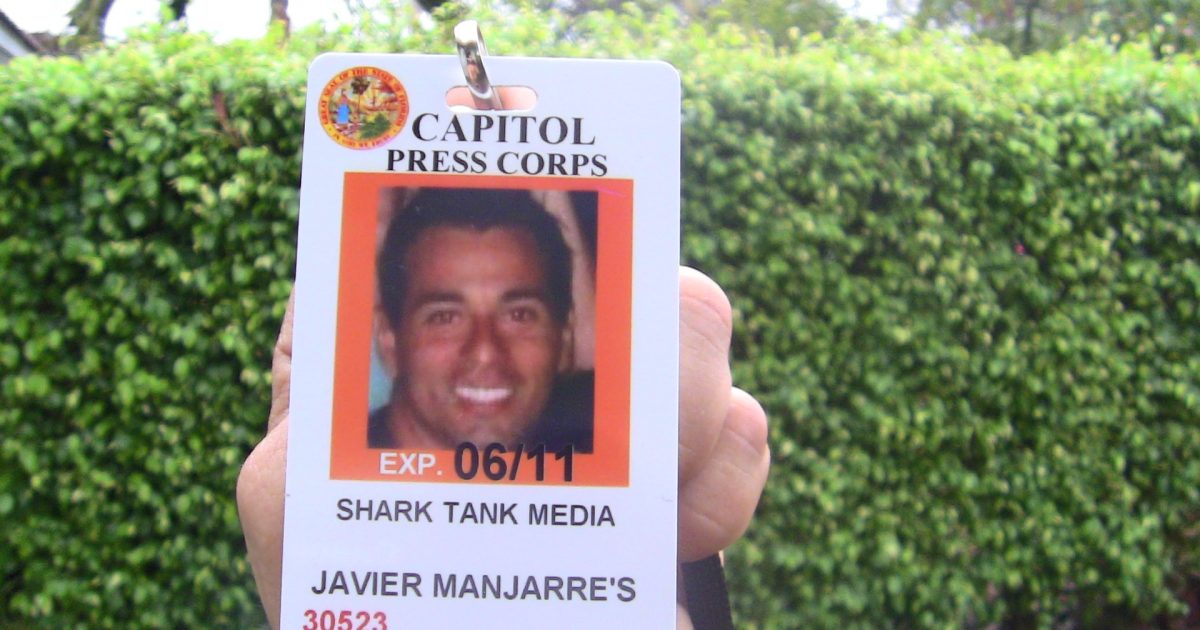 In a brazen display of censorship that would warm the heart of any aspiring Communist apparatchik, Broward GOP President Richard DeNapoli exercised his authority to needlessly control and censor the proceedings of the Broward REC meeting on Monday Night.  Commissar DeNapoli had security escort yours truly, your humble little finned reporter from the proceedings, as his newly issued  ‘party-approved’ rules served no other purpose other than to squash dissent and transparency at the BREC.  Immediately after Commissar DeNapoli’s opening remarks, he advised two of his henchmen to ask me to leave the meeting  because of the fact that I had a video camera. Commissar DeNapoli then joined in on the discussion, and shortly thereafter he became very agitated and animated, embarrassing himself and the rest of the Committee in front of former Congressman E. Clay Shaw, who was speaking at that exact moment.

I returned to the meeting with my ‘Capital Police’ press pass- a pass that I received after being thoroughly vetted by people way above Commissar DeNapoli’s  pay grade.  I then noticed that another local blogger was allowed to remain in the room with his camera- a blogger who writes for the Red Broward blog. In addition to the blogger, Commissar DeNapoli’s girlfriend was also allowed to stay in the room and take pictures with her camera-a camera with video-taping capability.  Upon returning with my press pass and minus my camera, DeNapoli’s security henchmen, aka Sergei and Vladimir, shadowed my every move- a very creepy tactic whose purpose was clearly to intimidate those not in his good graces.

Staying true to his word, the Commissar DeNapoli kicked out all guests and media before discussing party business- an unprecedented display of authority- perhaps in retaliation against those who called for a forensic audit of the BREC’s financials– a motion that was initially planned to be made, but never followed through with by members of the BREC.  Commissar DeNapoli called this new policy “a member-driven decision.” He also stated that numerous complaints were emailed to him, and that the hotel in which the meetings are held in also received complaints about ‘video cameras’ being present in the hallways. If this is truly the case, in the name of  ‘full transparency’- can DeNapoli furnish to all the members of the BREC copies of all those emails which should date back to at least July 30th, right?

Before the meeting was closed, BREC Secretary Sheela Venero gave a presentation about the party’s website, emphasizing a need for the party to get out its message. Venero advised the BREC to “Stop hiding from the media. Stop hiding from the papers.”  Read the rest of the Sun-Sentinel’s post here- BROWARD REC

Is this what Commissar DeNapoli meant by ‘GOP Unity’- the theme of  DeNapoli’s campaign? Perhaps it is, sadly.  Is this the example and the message that the Republican Party wants to send to not only to the rank and file,  but also to the general public across the state?  Under Commissar DeNapoli, it’s clear that hopes of greater transparency and accountability will remain words, just words.