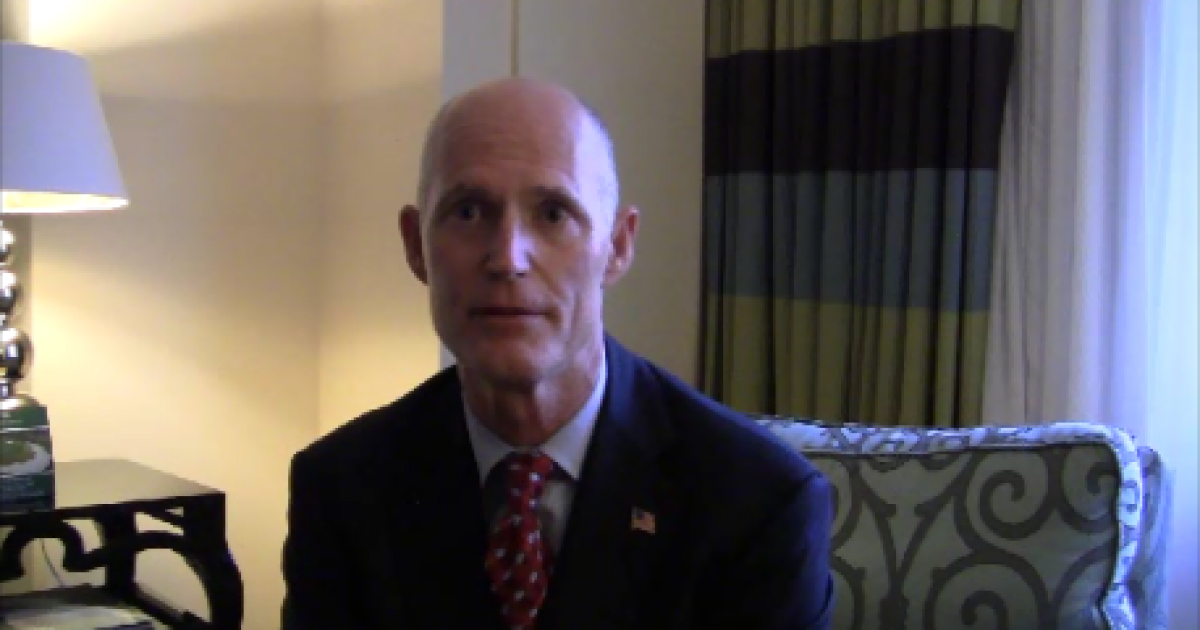 At the RPOF Quarterly meeting this past weekend, Governor-Elect Rick Scott took a few minutes out of his day for a short one-on-one interview to discuss his recent trip to Washington, D.C. where he and other Republican Governors met with the President and Vice President of the United States.  Scott had an interesting take on what he thought of opting out of ObamaCare as well as Obama’s decision to reinstate the ban on offshore oil drilling without consulting Governors who represent Gulf Coast states.  Scott also spoke about the ‘Florida’ style immigration bill that was recently proposed by the Florida Senate, and how he will keep his promise to sign such a bill into law.