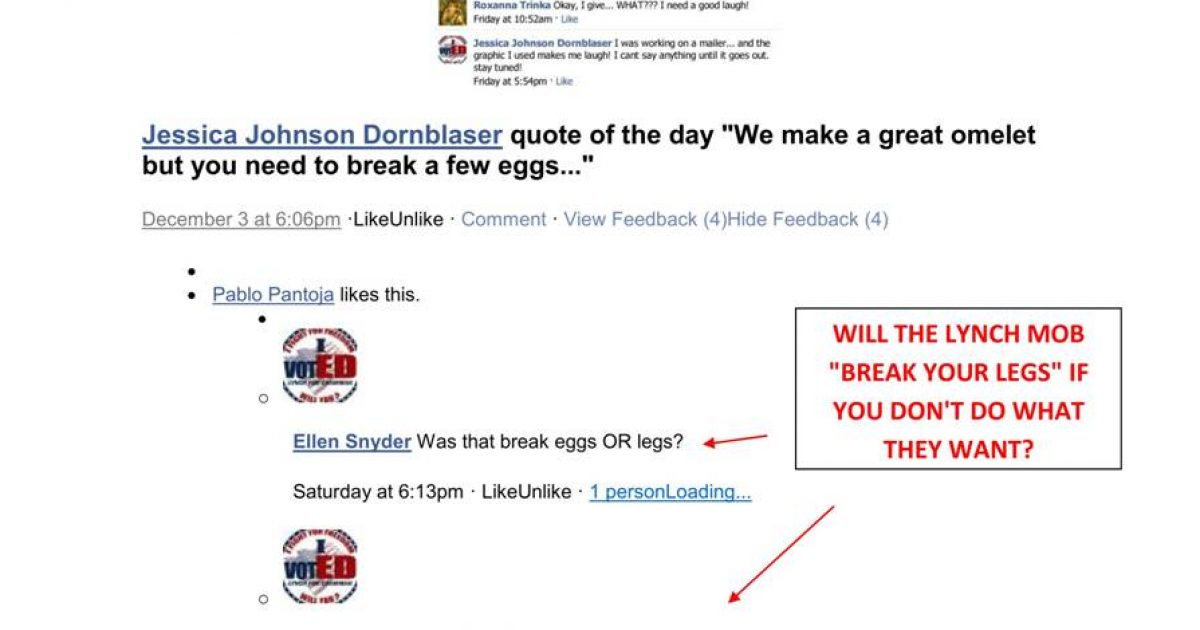 ‘Lynch Mob’ May Have Tightened Their Own Nooses

PBREC membership Chairwoman, Jessica Dornblaser inexplicably posted on her Facebook page that she was working on a “mailer”, and the graphic that she was using in that mailer “made her laugh”, but she couldn’t say anything more about it until the mailer was sent out. Is she referring to the anonymous mailer that was mailed that contained an image of Chairman Sid Dinerstein?  If it is, then this only serves to show the cowardice of her actions by not stating that she was the person that sent out the anonymous mailer.  This also speaks to Edward Lynch’s character for employing her to be his campaign manager in both of his failed congressional runs.

Here is Dornblaser’s exact quote from the Facebook screen capture below:

I was working on a mailer…and the graphic I used makes me laugh! I cant say anything until it goes out. Stay tuned!