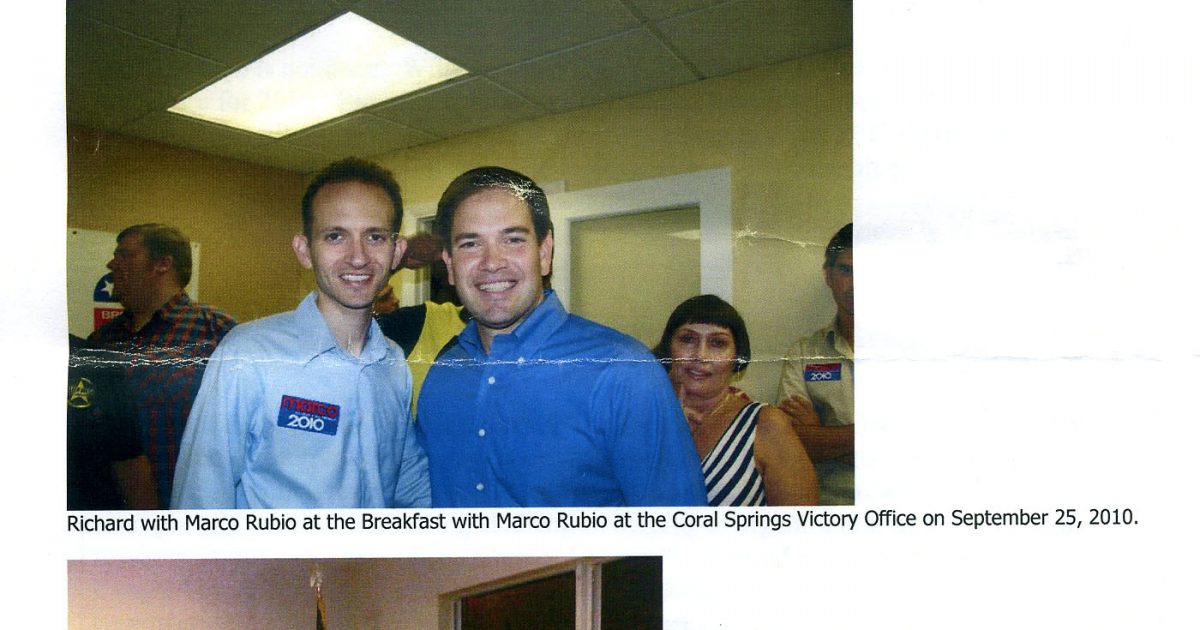 Throughout the county it represents, the Broward REC is commonly understood to be a sort of ‘social club’ for the Republican elites-  elites who truly believe that their county GOP is a relevant organization that actually makes a difference. In actuality, this past election cycle has proven once again that the local GOP is like a lazy fat cat without claws that lacks the leadership and ambition necessary to win elections.  Both winning Republican candidates Marco Rubio and Rick Scott, along with congressional candidate Karen Harrington did not receive any help from the BREC in their respective races.  In fact, the Broward GOP actually asked all these campaigns if they were able to spare their own volunteers to give the BREC and assistance in getting out the vote.

In reality, it is the proper role of the Broward REC to have an infrastructure set up to help and contribute to candidates, not to make demands on their limited resources.   These Party failures are unfortunately not limited to this election cycle, as the past two election cycles have seen the same kind of leadership, and the Broward REC has earned the reputation around the state as the weak link within the chain of county REC’s.

Treasurer Richard Lee DeNapoli is running on a ‘make shift’ ticket with Colleen Stolberg, a long time GOP supporter.  Just a couple of days ago, word got out that Stolberg had struck a deal to run with the more conservative candidate, Mayor Tom Truex.  Sources say that Stolberg fell of the face of the earth and would not return phone calls, only to come back from the dead a couple  of days later in an announcement that she would seek the Vice Chairmanship.  Does anyone see the problem with this move?  This is the sequel to the Crist-Giuliani affair that happened during the 2008 Presidential campaign.

BREC’s voting members should clearly understand that each position should be voted on individually, not as a “ticket”, since members do not have the option to vote for a ticket on the ballot, only for the individual running for the particular position.

R. Lee DeNapoli has been distributing his campaign literature around the county and at various GOP clubs, and he has been promoting himself within this literature by using a photograph he posed for with Senator-elect Marco Rubio. This is a ploy that is shameless beyond comprehension– shameful to the extent that the Rubio campaign’s political director has reached out to DeNapoli and demanded that he stop using this picture of himself and the Senator-elect for his own personal gain.

FYI, our friends down in Miami-Dade, from the top down, are not fans of DeNapoli, and they have not forgotten the disrespect and bias he has expressed in the past.

As noted before, DeNapoli was an staunch Crist supporter who disparaged Rubio at every turn. This ‘Wizard of Smart’  has a long history of disparaging remarks to candidates, and he has even had the gall to tell certain candidates that they cannot win their respective races.  DeNapoli has made these remarks about ‘all’ the Republican candidates that ran in FL CD’s 17, 19, 20,23, and even about Congressman-elect Allen West.  DeNapoli said this about West way back when it was not ‘cool’ in the party to back West in his 2008 loss. This coming from a man that predicted a huge Charlie Crist victory over Marco Rubio in the Senate race.

But let’s put all that aside for a moment–  how can DeNapoli be a just and respected Chairman of the local GOP if he is going to continue to disrespect candidates by telling them to drop out of races, question their motives for running for office and belittle them for wanting to run?

And now one of the kings of hypocrisy is coming out of the woodwork vouching for R. Lee DeNapoli,  Chad Lincoln. DeNapoli has been running on this ‘GOP Unity’ kick for a couple of months now, and so has Lincoln.  But  just a  couple of months ago, Mr. Lincoln circulated an email where he requested that a BREC member to be removed, that being yours truly.  Lincoln stuck his foot in his mouth and committed libel, FWIW.  After his email request was summarily picked apart and ridiculed by a long standing member of the BREC and cast aside like the garbage that it was, Lincoln and DeNapoli protested as to why the BREC hierarchy postponed the following committee meeting.  They were furious because their plan to was thwarted to have yours truly removed from the BREC- so much for GOP Unity.

The truth of the matter here is this- DeNapoli is disliked by most of the BREC’s members and activists, and he will not be able to command their respect or be willing to roll up his sleeves to do the hard work to necessary for the growth of the Party.