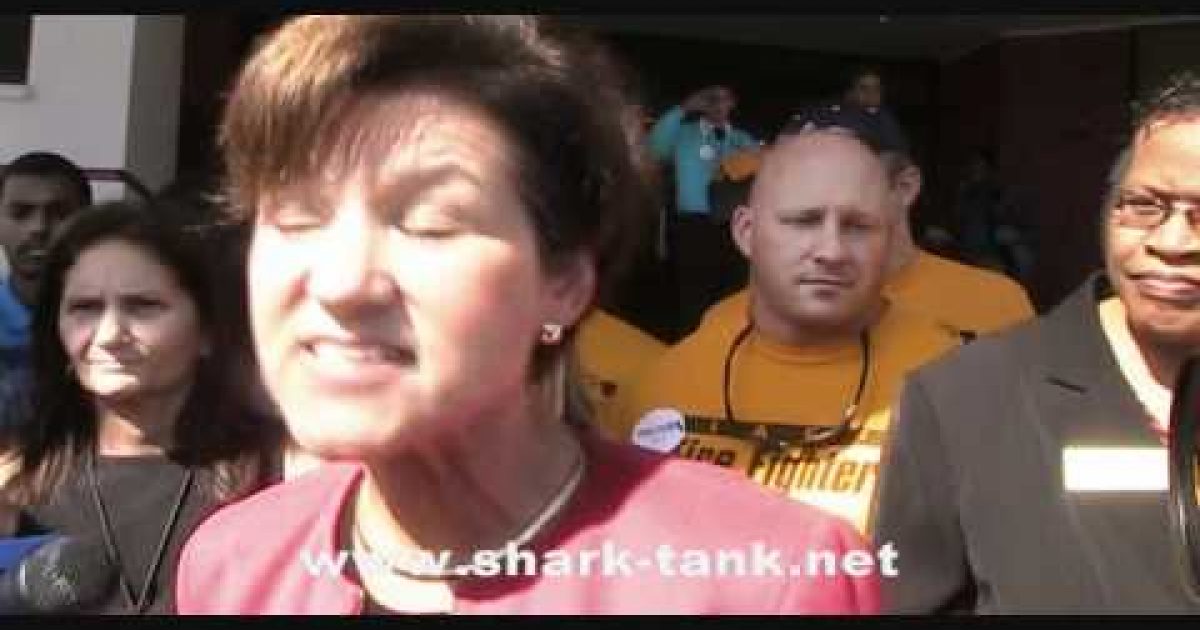 This morning, Democrat Gubernatorial Candidate Alex Sink held a GOTV rally with Congressmen Ron Klein and Ted Deutsch at Palm Beach State College in Lake Worth, Florida.  During Mrs. Sink’s remarks, she emphasized that integrity needed to be a focal point when deciding on whom to vote for on November 2nd. Integrity is an important aspect of the decisionmaking progress, but could these words be seen as hypocritical in light of her recent Gubernatorial debate cheating scandal?  As it has well been documented, Alex Sink was caught cheating- red handed- during the debate by reading a text message that was directly sent to her, and to make matters far worse, she later lied about  later was caught lying about who had actually sent her the text in question.

Just last night, MSNBC’s Hardball host, Chris Mathews stated that Mrs. Sink, who was on his show the night before, was not completely honest with him.

“We’ve got the facts on Florida’s Democratic candidate – finally. I didn’t get them last night from the Democratic candidate Alex Sink but we got them, thanks to one of our colleague networks out there. We’re going to show you what we have, now that we’ve boosted the sound of what was really said during that debate. The video very clearly shows something different than what that candidate told me last night.”-Chris Matthews

During the press gaggle afterwards, Sink was questioned about  the controversial ‘Taj Mahal’ courthouse in Tallahassee, Florida.

The auditorium where the rally was held was filled with about 300 or so enthusiastic supporters, about 140 of them were from the local Firefighters union. I spoke to several of the yellow shirt wearing firefighters, both Republican and Democrat, and asked them  what they thought of the race. Two firefighters, both Democrats, told me that Sink was the best choice in the race. However, after I explained to them that Alex Sink was supportive of President Obama’s Stimulus bill and ‘Obamacare’, they both took pause and said, “that changes alot.”  Both men were disgusted with the Obama administration and were not informed of Alex Sink’s positions and support of the President.

Another firefighter, again wearing the yellow union shirt, told me that he had voted for Scott, but had to tow the union line at the event.