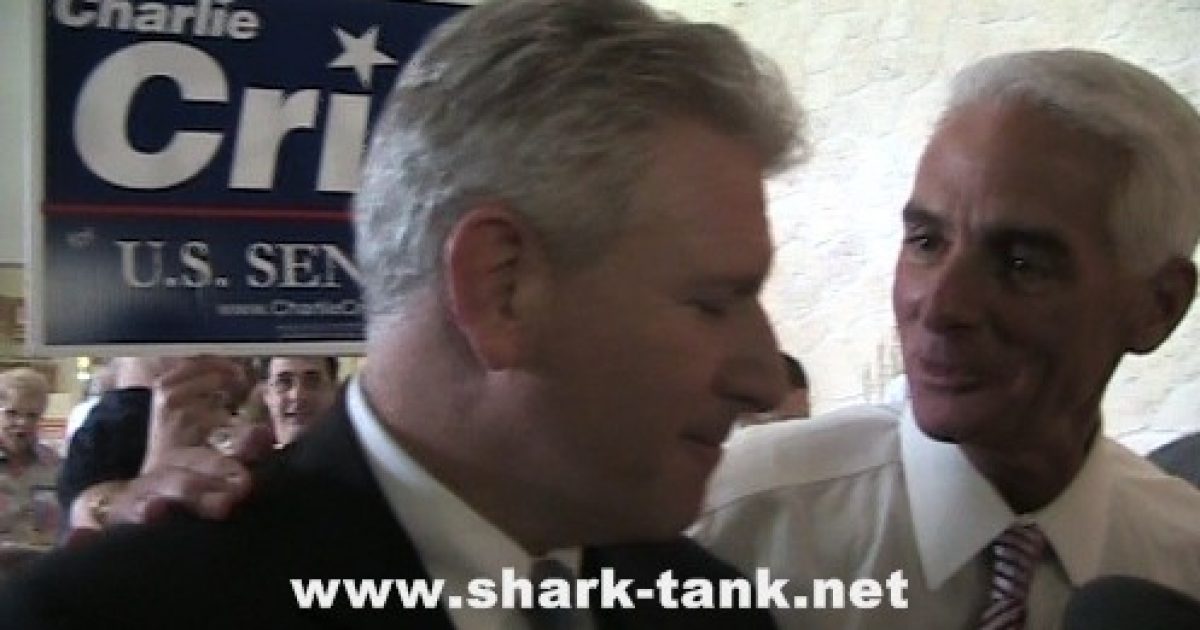 This past Sunday at the Democrat strong-hold that is Century Village in Boca Raton, Florida, Former Congressman Wexler endorsed his long-time friend for U.S. Senate, Governor Charlie Crist. The event was held at the Temple Beth Shalom on the Century Village grounds and numbered about 500 people- the latter event at Kings Point in Tamarac, also numbered between 500-550 attendees.  Wexler is the self-described, ‘Fire Breathing Liberal’ that had held on to the Congressional seat in Florida’s District 19 for years.  Congressman Wexler abruptly resigned from his Congressional post in late 2009 amid rumors that an ongoing FBI investigation was looming and could possibly implicate Wexler.

Many questions still remain unanswered about Congressman Wexler’s past financial dealings and questionable business associates. You can read more about this in another Shark Tank post ,Crist Caught in Wexler’s Web?

It is blatantly obvious that Governor Crist continues to make a hard stab at taking Democrat votes away from Democrat Congressman Kendrick Meek, but today’s endorsement by Wexler could turn out to be more problematic for Crist than helpful since many Republicans who are silently supporting him, may not be able to stomach an endorsement like this one- to Republicans, Wexler is/was one of the most hated members of the Democratic caucus.

Here is Wexler explaining his reasoning for endorsing Governor Crist- his seventeen year old son told him to do so.  Are there any adults left in the room, Congressman Wexler, or must you kowtow to your own kids?