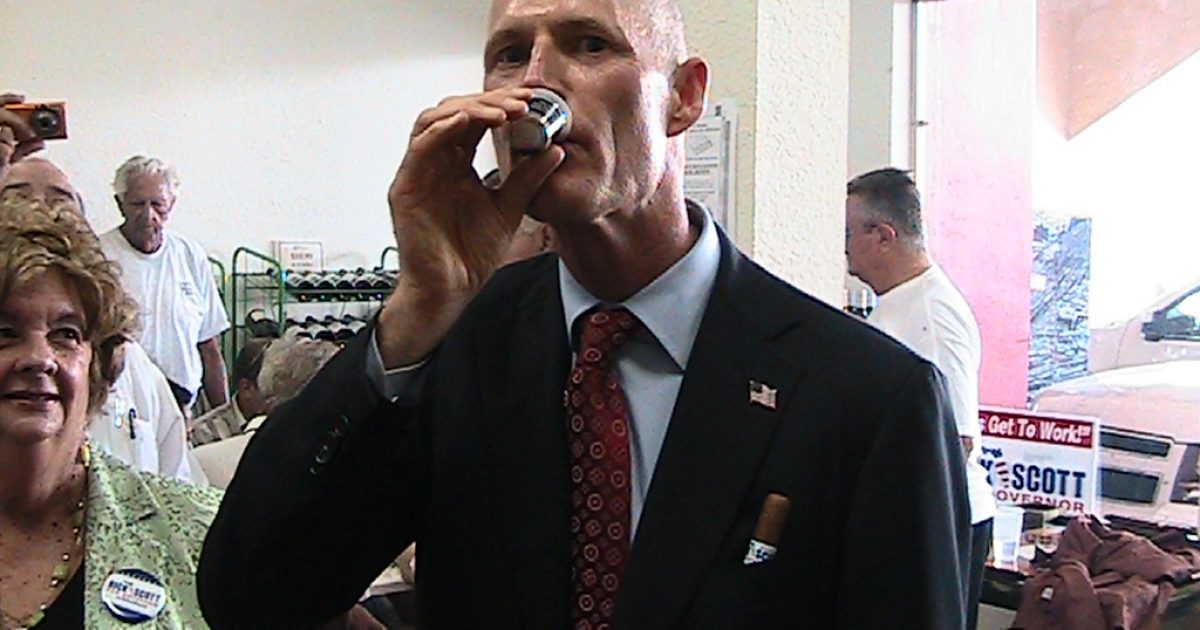 Gubernatorial candidate Rick Scott kicked off his bus tour across the state at the Miami landmark Versailles Restaurant in Little Havana. Scott’s bus was ‘wrapped’ with Rick’s smiling mug and his “Let’s Get to Work” slogan all over it. One interesting tidbit that has not been reported in other media accounts is that several Bill McCollum supporters were also in attendance at the campaign’s first bus stop- perhaps not out of sheer coincidence. Might Scott have to rename this the “bus stalking-tour”, perhaps? Hmmm….

After a nice almuerzo (lunch) at La Carreta, I jumped on board the bus, which is a much better feeling than being thrown under the bus, and we made our way to Cuban Crafters Cigars– cigars are rolled locally at this Miami landmark.  The staff at Cuban Crafters greeted Scott with open arms and warm hospitality, including ‘Cortaditos’ and Rick Scott for Governor cigars.

Scott then unveiled his “7-7-7  plan” that would “create 700,000 jobs in seven years’ and restore Florida as being one of the most attractive states to do business in or with. Amongst the details of the plan, Scott proposes that all business taxes be abolished.