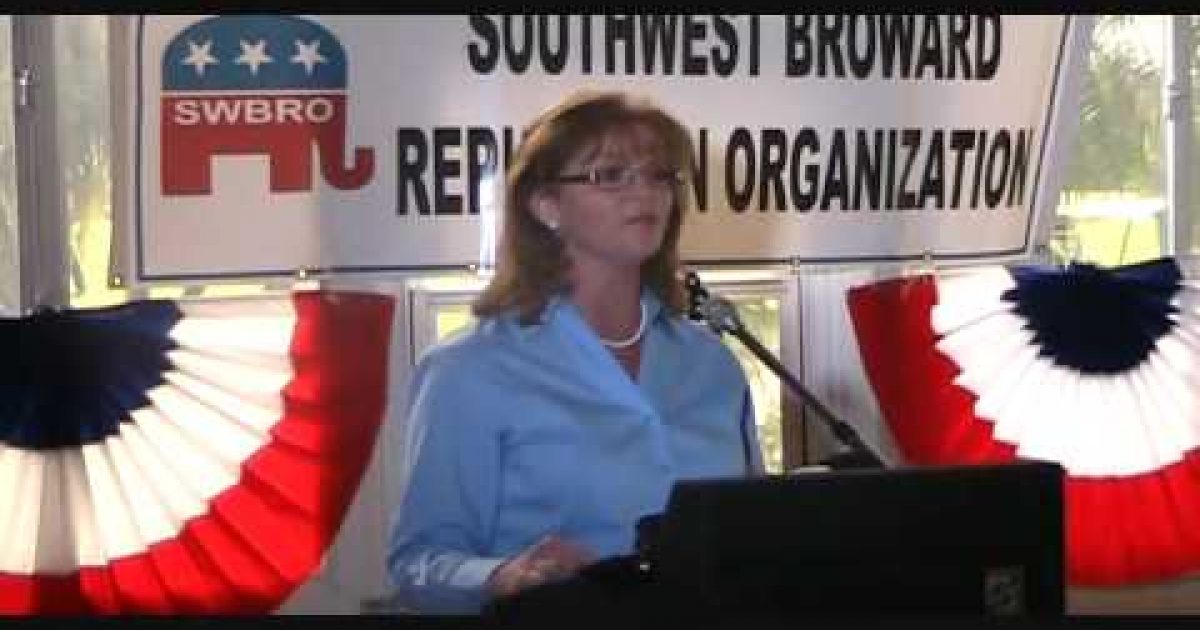 This morning at the Century Village retirement community in Pembroke Pines, FL, U.S. Senatorial candidate Marco Rubio spoke to a crowded restaurant of eager onlookers and supporters- including one patron wearing an Obama t-shirt.  Before Rubio gave his usual high-energy American exceptionalism speech, Karen Harrington, who is running for Congress in District 20 against Congresswoman Debbie Wasserman-Schultz, was tapped to introduce the potential future Senator for the state of Florida.  Harrington, a big supporter of  Rubio’s candidacy, told me that she was honored to introduce Rubio at the Southwest Broward Republican Organization’s event, and her introduction was nothing less than stellar.