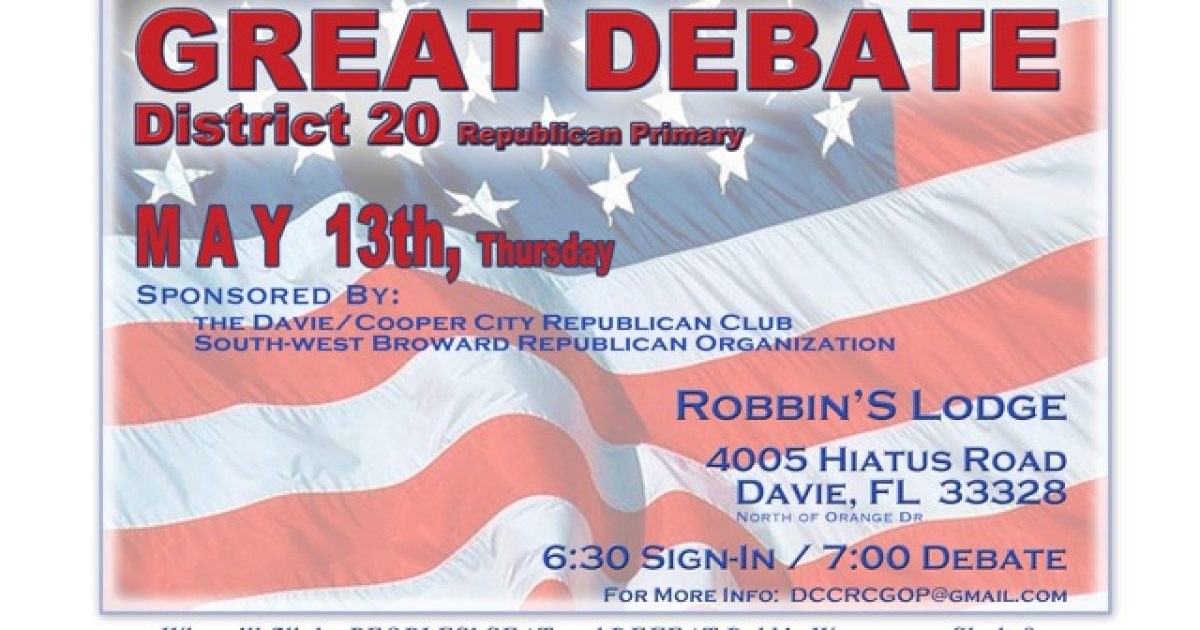 Most of you did not know this but, the Davie/Cooper City Republican Club and the Southwest Broward Republican Organization (SWBRO) are hosting a debate between the (3) Republican candidates that qualified to run in Florida’s Congressional District 20. The Debate will be held on Thursday, May 13th at 7pm.  This debate is crucial in helping to  nominate the Republican candidate that will face off against Democrat Congresswoman Debbie Wasserman-Schultz in this November’s General election. The candidates participating in the debate next week are Karen Harrington, Robert Lowry and Donna Milo.

The primary election is on August 24, and the campaigns are out getting in front of different groups and potential voters, but none of the three candidates have yet to take the lead and position themselves as the favorite to win the race.

Since there is not a clear cut frontrunner in this Congressional race, it will be interesting to see if the questions posed to the candidates are answered directly, or if they are spun and not answered at all.