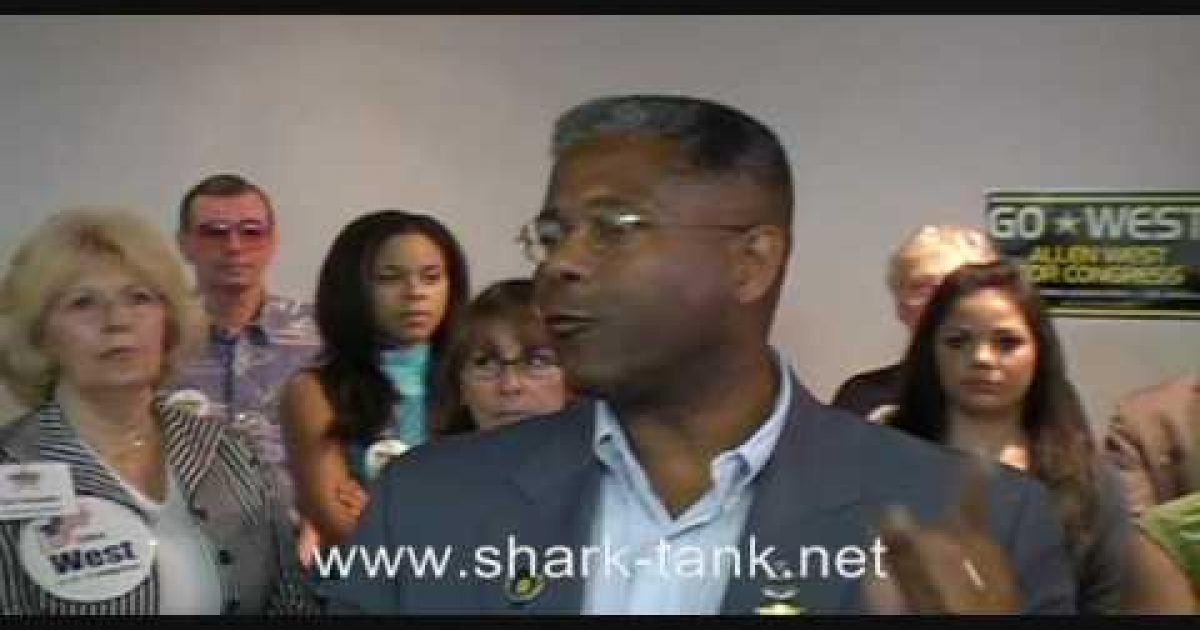 Allen West to Pelosi- “Give Me that Damn Gavel!”

The Shark Tank made an appearance at the opening of the Allen West for Congress campaign office this morning in Broward County.  Among those in attendance were Fmr. Congressman Clay Shaw and Radio personality Joyce Kaufmann. West gave an inspirational address that was full of rhetorical fireworks, calling out Congressman Ron Klein and the rest of the “snippy little Chihuahuas that are coming up in my ankles,” referring to the liberal lefties who have been attacking him over the past few months.

West also recalled a moving scene from the movie Gladiator and used it for full dramatic effect.   West closed his speech by telling his supporters what he will say to Speaker Pelosi once he makes his entrance into the House Chamber.

UPDATE (4/19) : Special thanks to Sean Hannity for featuring this video at the end of his “Great American Panel” segment.   Catch the rerun of the show at midnight.