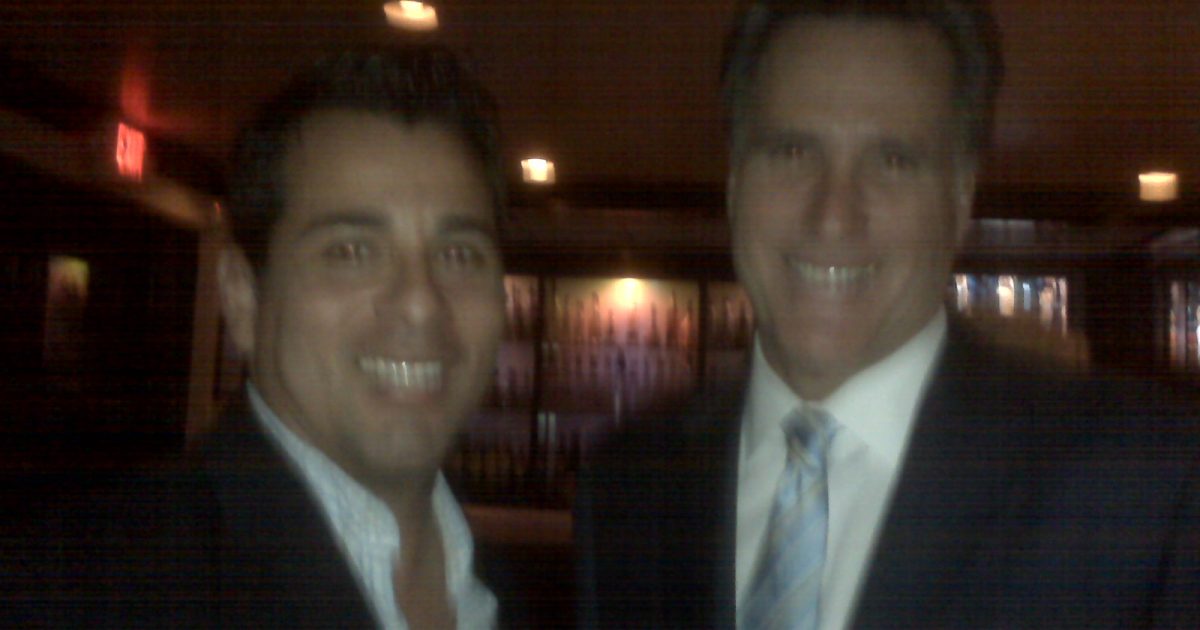 While promoting his new book in  Palm Beach, Governor Mitt Romney took time after the book signing to attend a meet and greet held in his

honor at Cafe Sapori in West Palm Beach.
Being the constant politician that he is, Governor Romney made the rounds and spoke to just about everyone in attendance, as well as pose for countless pictures with his well wishers. I asked the Governor if he was going to support Marco Rubio in the US Senate here in Florida and he told me that he normally doesn’t get involved in primaries. He also said,” I really like Marco, I would love to see him win…can you imagine a Conservative Hispanic in Washington?”  He  then told me that he is watching the race very closely. Let me reiterate that Governor Romney did say he normally does not get involved in primaries.
The Governor has proven to be both, a very intelligent and shrewd politician, and I would bet that he, as well as other influential politicos will start boarding the Rubio Express in short order.