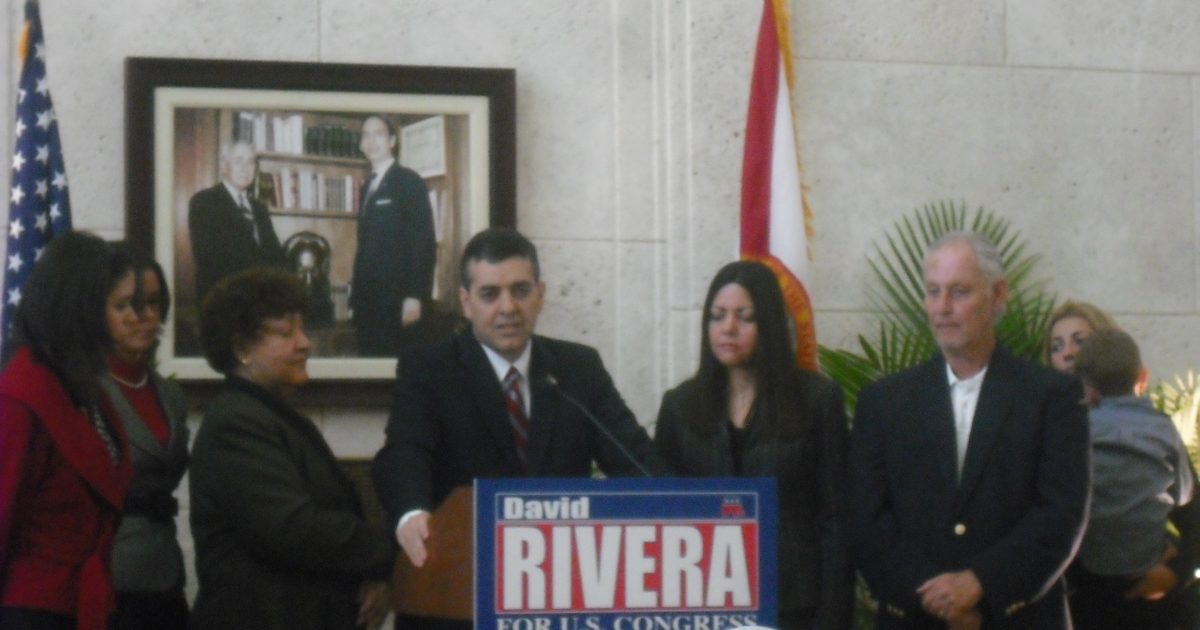 The long anticipated announcement, yet not so guarded secret that Representative David Rivera would announce his run for congress took

place today on the campus of FIU.
In a recent post, Rivera jumped into the Shark Tank and told me that he was seriously considering the move, well today he dove in, Guayabera and all.

There were a couple of hundred friends and supporters, as well as media folks-including your lovable and ever-so charismatic news man, me in attendance at the University. Rivera showed his political prowess by announcing in English and then repeating the announcement in Español. Español is Spanish for the language of Spanish, for all of you in Rio Lindo.

Also, keep in mind that there is growing anticipation of whether or not Senator Alex Diaz de la Portilla (DLP) will also run for Congress and face off with Rivera in a Republican primary. This will no doubt be a slugfest of super politicos.