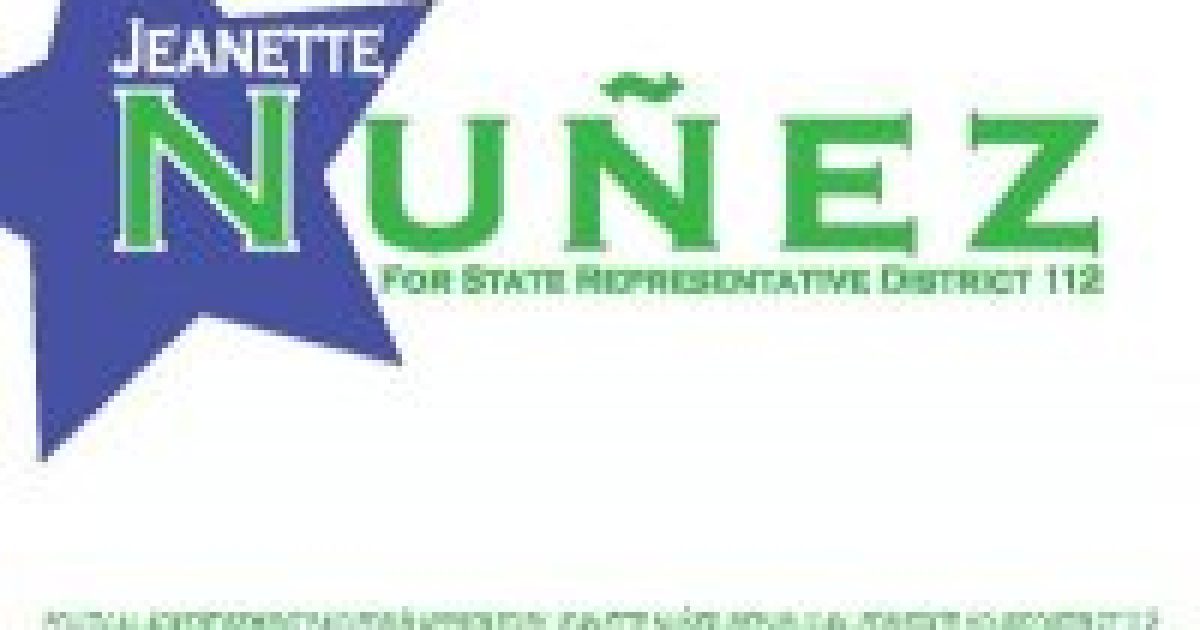 As political races heat up around the state, the race in Florida’s House District 112 is shaping up to be a very spirited one. Born and raised in

South Florida and married with 3 children, Jeanette Nunez threw her hat in the race in early 2009. Nunez has worked for the Jackson Health System for the past 5 years as Vice President of Government Affairs. Nunez is very well known in political circles and brings a lot of experience in state and local politics to the table.

The few times that I have spoken to her, whether it was in person or via the phone, Jeanette struck me as an ambitious and committed campaigner with a passion for serving the people of the district she is running in. Over the past several months, all of  Nunez’s efforts have paid off as she has  jumped into front-runner status by aggressively focusing on her grassroots efforts and fundraising.

Here is a bit more about her:

‘In addition to her roles and responsibilities at Jackson Health System, Jeanette has demonstrated her commitment to the South Florida community by being involved in various organizations, such as Kristi House, Community Partnership for the Homeless and Leadership Miami. She is a member of Good Shepherd Catholic Church. Jeanette has also served on the Florida Hospital Association’s Uninsured Taskforce and the National Association of Public Hospitals Fellowship Program, where she was recognized as a “National Success Story” for her advocacy efforts. In 2007, Jeanette was named a South Florida Woman of Distinction’.

To learn more about Jeanette Nunez and to donate, click on the banner above.