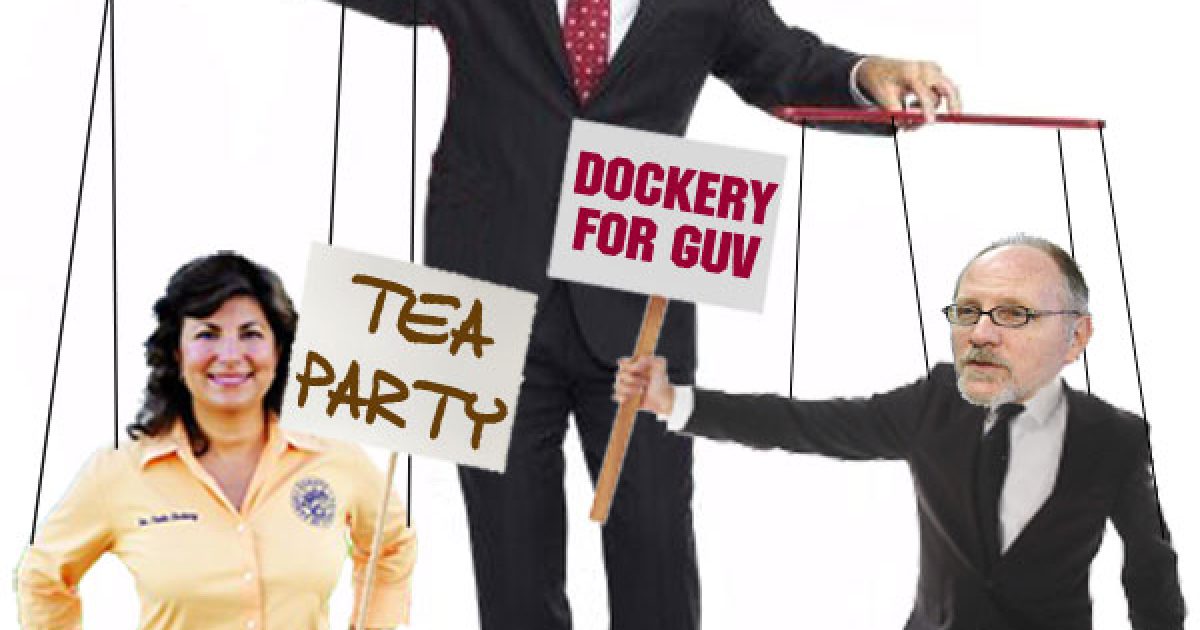 The public’s growing dissent with both the Democratic and Republican parties has revived the call for a third political party to break the present two-party monopoly in American politics.  In Florida, the “Tea Party” has officially formed and registered a political party that in our opinion will only bleed votes from the Republican Party and ensure future Democrat victories.  Opponents of the official “Tea Party” have begun to make the case why the “Tea Party” lacks the infrastructure, a coherent platform, money, or the leaders at this juncture to become a credible force in electoral politics that has the ability to get its candidates elected.

The article that follows is the first piece in what will be an ongoing series on the “Tea Party” phenomena- both as a movement, and as an official political party in the State of Florida.  The Shark Tank’s objective is to provide an open forum for a wide variety of perspectives on this topic, as we will encourage guest authors to publish their viewpoints.

The American Tea Party movement emerged as one of the top stories of 2009, and for good reason: the mass movement of millions of liberty-minded Americans into the political arena is the largest shift of its kind in modern times.

I was honored to play a role in the Reagan Revolution as a young man. Then, I considered myself a conservative first and a Republican second; I still do today.  Thirty years later, the Tea Party movement has eclipsed that era fourfold.

Unfortunately, we are probably also four times as likely to see our movement spin out of control.

In fact, according to the mainstream media, we are already self-destructing.  As usual, the reporters are mistaken. But America’s Tea Party organizations (TPOs) are facing serious challenges on several fronts.

Conservative Republican political strategist Stephen Gordon recently told MSNBC that our movement was ripe for a hijacking from the start.  His reason: inexperienced Tea Party activists needed the help of experienced GOP operatives. Gordon wisely noted that, in the end, the professional consultants “want those email lists, they want the dollars, they want to control the organization.”

Gordon is right; we are a takeover target. Already major TPOs are being accused of lining the pockets of top-notch Republican operatives and individual entrepreneurs in the Tea Party movement.  In Florida, three men disguised as Tea Party activists are flat-out hijacking the movement to promote unfit candidates.

The name “TEA Party” was quietly registered in Florida last summer and rolled out to the great surprise and dismay of state activists.  Nobody had heard of the founders; nobody had met them at Tea Party events.  Soon the party announced their support for State Senator Paula Dockery, a RINO candidate for governor, and threatened legitimate TPOs with trademark litigation if they continued using the Tea Party moniker.

A spokesman for the newly registered party, Doug Guetzloe, has a long and notorious record of running political trick plays and compromising on core conservative ideals.  The deceptive Florida TEA Party could be used to promote Guetzloe’s clients and, more importantly, hurt their opponents. Guetzloe has, for instance, spoken supportively of liberal Rep. Alan Grayson (D-FL), who Tea Party activists hope to replace with a more conservative, liberty-minded candidate this November.  He also has been an advocate of Dockery’s candidacy, which is requiring probable Republican nominee Bill McCollum, a solid conservative, to dedicate resources to a primary battle that would be better spent in the highly contentious general election campaign.

Worse: a U.S. Senate candidate by the name of Jorge Lovenguth has made noise about running under the Florida TEA Party in the general election.  This is another clear signal, this time to both Marco Rubio and Charlie Crist, that the new party intends to be at the general election table. According to Guetzloe’s record, that means money.

In just one month, the leaders of the registered party have been quoted representing Florida TPOs in the state media and even in the recent New York Times Magazine feature on Florida Senate candidate Marco Rubio.  Clearly the media has been duped already; rank-and-file Tea Party activists are next.

Fortunately, Florida Tea Party activists and organizations quickly united in a federal court action against the perpetrators of the new party.  Their complaint against the Florida TEA Party and its founders, filed last week in Miami federal district court, asks for a declaratory judgment separating the two groups and a court order to stop the party’s threats of litigation.

The unified coalition, built so rapidly behind the lawsuit, is an indication of just how robust our Tea Party movement is today.  South Florida Tea Party v. TEA Party proves TPOs are united when we face a common enemy out-of-step with our shared values, bent on hijacking our movement.

Because that spells trouble for liberals in both parties, they naturally want to close their eyes and pretend we are disappearing or self-destructing.  We will not.  Impressively, America’s Tea Party movement boasts approximately five million members today. According to a recent Rasmussen Poll, a majority of Americans view the Tea Party movement “favorably” or “very favorably.” Clearly our upside growth potential is hugely significant to the future of American politics.

Nobody knows better than the grassroots how this movement comes alive at Tea Party protests, 912 rallies and other events.  There is a lot of potential energy there to be harnessed. Of course, many politicians cannot resist the urge to poach.  And then there’s the money.  I don’t begrudge any entrepreneur, but the buyer–and the seller–must beware, especially in cases like the Florida TEA Party.

Let the liberals mistake our growing pains as a death rattle. In truth, our remarkable and promising movement is sorting itself out in a healthy manner, even when facing major political obstacles, and we’re not yet one year old.

We must protect our independence vigilantly and pursue our shared goals with enthusiasm and collaboration.  Every day we are not working together, we take one step forward and two steps back. With the unity we have demonstrated against the so-called TEA Party of Florida, we proved we are at our best when we stay focused on the whites of the enemies’ eyes.

Michael Johns, a former Heritage Foundation policy analyst and White House speechwriter, is one of the founders and national leaders of the Tea Party movement.  He is Chairman of The Patriot Caucus, a national Tea Party organization, and a board member of the Nationwide Tea Party Coalition.