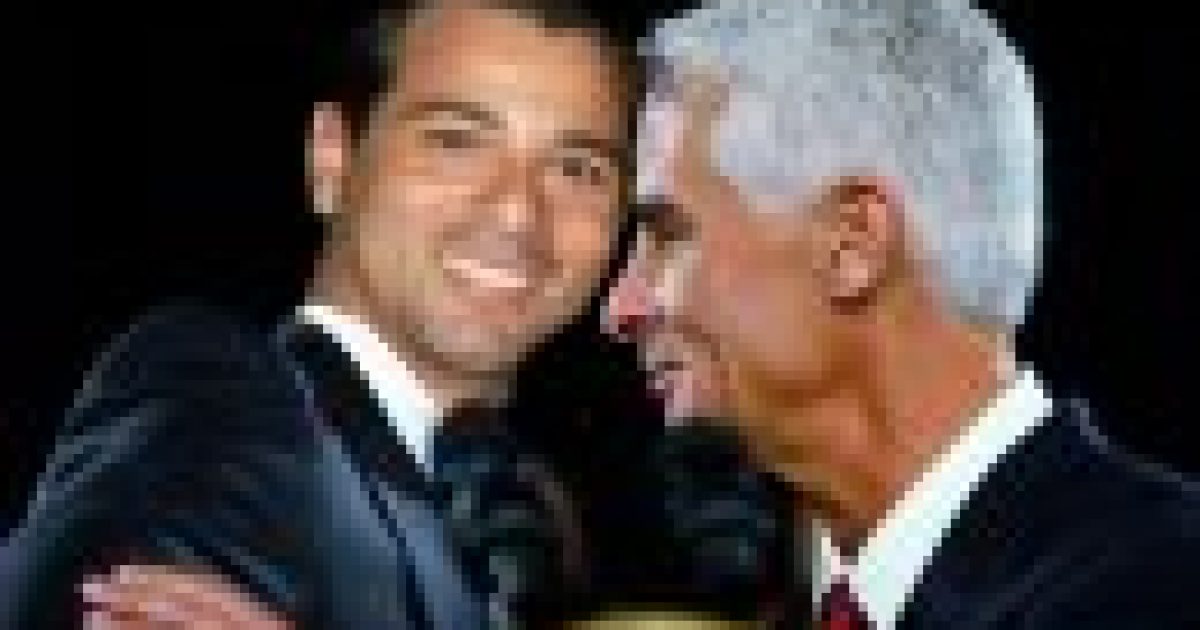 If you live in South Florida, you witnessed first-hand a nasty bit of weather today.  After the morning rain subsided, I made my way up to Coral Springs to say hello to my ole buddy Senator George LeMieux, who was having lunch at a popular wings eatery.  Senator LeMieux has just recently been appointed by Governor Charlie Crist to fill out the remainder of  former Senator Mel Martinez’s term   LeMieux moved to Coral Springs in the 1970’s and attended Coral Springs High School- which also happens to be the alma mater of your humble and lovable correspondent. Yes the Senator and I are fellow Colts, but Sen. LeMieux graduated a few years before I did.

The Senator entered the restaurant with his lovely wife Mieke who had another little one in-tow. The LeMieux’s are expecting their fourth child in early spring.  I see a trend here with Senators and future Senators from Florida and four children (Marco Rubio also has four children). The Senator made his way around the room and then engaged me several times to talk about the good old days.

Senator LeMieux is the Governor Crist’s former Chief of Staff and his close confidant. While he was still acting in his capacity as adviser, LeMieux advised the Governor to endorse  the Obama stimulus plan earlier this year. He spoke briefly about our respective ‘dogs’ in the  Florida Senate race-his Crist, mine Rubio- before he agreed to sit down with me and answer a few questions. The Governor has taken a serious hit in the polls against Marco Rubio over the past several months. In addition, Rubio has been receiving support from major conservative personalities,  and just today, the loveable little fuzzball himself, Rush Limbaugh, mentioned him again on his radio show.

Kudos to you Senator, for sitting down with me and answering my questions- and not being intimidated by my dashing good looks and infectious personality. I have been critical of  Senator LeMieux in the past, but he is a gracious man with a charming family.

I would like to make the following correction. On Tuesday, it was reported that I had posed for a picture with Governor Crist at the BREC.  I initially denied the allegation, but photographic evidence was subsequently brought to my attention that I can no longer deny.