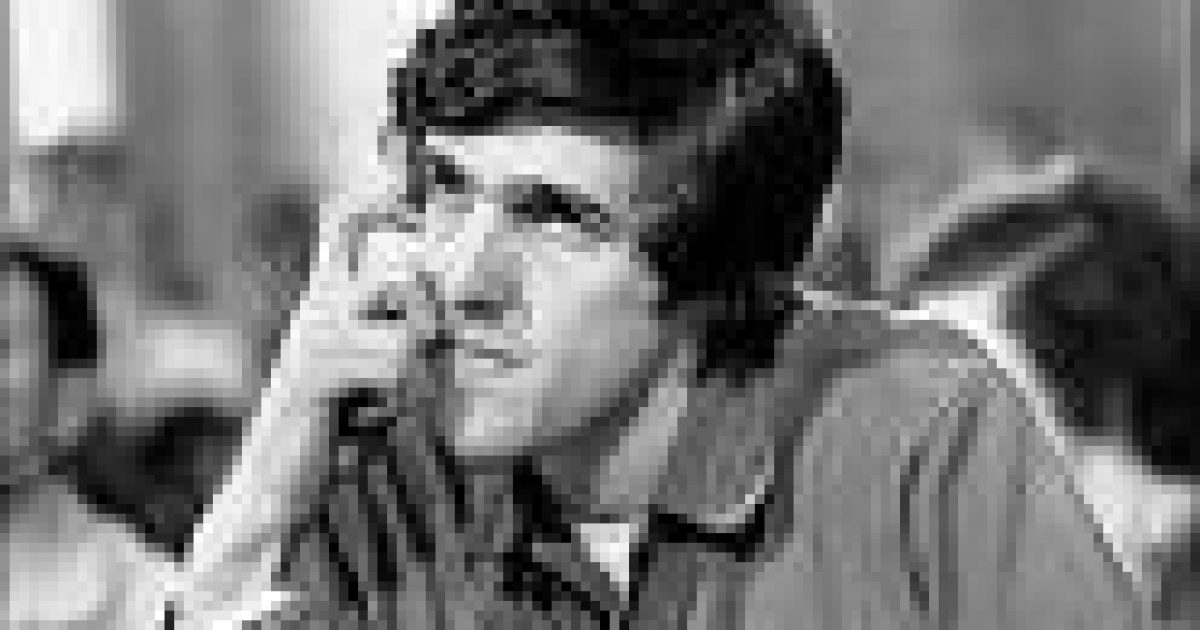 The Republican Senate Primary race in Florida between Governor Charlie Crist and Speaker Marco Rubio will be one of the widely-watched primary contests leading up to the 2010 mid-term elections.  In addition to the front-runners, there are also several lesser-known candidates

that are campaigning for the Republican nomination as well.  One of those is former New Hampshire Senator Bob Smith, who relocated to Florida after an eighteen year stint in Congress as both a Congressman and Senator. In a recent poll, Crist’s lead over Rubio, which once had been 43 percentage points, has now shrunk to 10.  Senator Smith has yet to show up in any poll that has been conducted thus far.

But then things went from annoying to absurd.  The campaign further stalled the interview by stipulating demands that make the tactics of current White House Chief of Staff Rahm Emmanuel look reasonable by comparison.  It was just weeks ago when Senator Smith crowed that Rubio had dodged a debate with him in Charlotte County.   But now, it’s Smith that is doing the dodging- big-time!    So absurd were the campaign’s demands for a simple interview that I am republishing the chain of emails that demonstrate just how courageous a candidate former Senator Smith is:

This is my formal request for an interview with Senator Bob Smith. I am available on Wednesday afternoon, prior to his event at 6pm. This will be a video interview that will post on Redcounty and/or Shark-tank. Please let me know asap.

I am picking up the coordination now.  Lisa has some legal conferences to attend in Orlando next week so I will be backing her up.  I will get a time to you by mid-afternoon on Monday.

Senator Bob will work the interview into his schedule on the 18th, but you will need to be flexible with the time that day.

Ok, I’m easy. You let me know what is the  best time for Senator Smith. anytime is good for me. Let me know

I specifically spoke to Sen. Smith about this and he wants to do it.  I am trying to make your interview happen mid-afternoon on 18 Nov.  Am on my way to Ocala and will get back to you mid-morning.  Chuck

So the interview is set for November 18th 2009. Everything seemed fine, until the beating around the bush began. I received  this email dictating to me terms of the interview. These are clearing Gestapo style tactics at it’s best. What are they afraid of? I have conducted fair and balanced interview with the likes of Charlie Crist, Marco Rubio, Paula Dockery, Adam Hasner and Corey Baker, what is the campaign shielding Senator Smith from?

We are prepared to have you conduct the interview with Senator Smith this afternoon.  However, after conferring with legal counsel  it will be necessary for you to sign the following statement agreeing to the conditions in the draft statement below.  Once you agree to sign a hard copy of the following statement I will proceed to schedule it.  Please also provide a U.S. Postal Service mailing for your place of business or personal residence.

1.        As a condition for a 30 minute interview with the Honorable Robert C. Smith, you hereby agree to the following conditions:

a.       All videos made during the interview will be posted in their entirety. The only posted use is authorized for “Red County” only.

b.      Any and all edits, cuts or splices must have the prior written approval of Lisa Macci, Esq., Deputy Campaign Manager of Communications, Friends of Senator Bob Smith, or her designated representative prior to the use of edited versions.

c.       Absolutely no edits, cuts or splices will be subsequently made and played on any public media without the express written prior authorization of Lisa Macci, Esq., Deputy Campaign Manager of Communications, Friends of Senator Bob Smith.

2.        The undersigned assumes full responsibility for ensuring that an appropriate notice to any and all third parties indicating the prohibition against any unauthorized  copying or editing or aplicing of any posted video is included on the posted video as well as in a separate written form in large readable print on the Red County site adjacent to the posted vice.  You understand that in the event of breach of this agreement or non-compliance with any of the terms specified here, Friends of Senator Bob Smith and the Honorable Robert C. Smith shall be entitled to any and legal relief available by law including, but not limited to, monetary damages, injunctive relief, legal fees and costs.

3. Commercial use or commercial tie-ins to said video are specifically prohibited.

4. You agree that both you, personally, and the Conservative Republican Alliance PAC shall be liable hereunder.

Your attention is invited to Mr. Manjarres’ response to our attempt to schedule the interview  this afternoon.  Obviously he hasn’t had many interactions with senior level executives, officials or candidates and probably caught the Governor’s and former Speaker’s staff at opportune times and perceives that it’s always a relatively easy task on both ends of the process.  Dr. Rich Swier is a retired senior field grade Army officer  who understands the nuances of these things and should be able to explain this to Mr. Manjarres so he doesn’t continue to hold his negative perception of us.

This has got to be a joke. You are telling me what I can do or not do? Think again. I have conducted other interviews with candidates including your opponents, Governor Crist and Speaker Rubio.  Neither of them had the audacity to try to control the interviews. Your campaign is using Obama style tactics. Remember, we live in Florida not Illinois.

I agree with Javier.

Having a candidate dictate the terms and conditions of an interview is not in accordance with our 1st Amendment. If candidate Smith does not want an interview with RedCounty.com just say so.

If this is a scheduling issue fine. But setting any conditions other than date, time and location is unsatisfactory.

Needless to say, the interview with Senator Smith never happened. One has to ask oneself- who are these people that the Senator is surrounding himself with?  Is Senator Smith even aware of the way they are conducting themselves?  I would wager that he is well aware of what his team is doing, and maybe even pulling the strings himself.

So the question remains- why is Senator Smith’s campaign so desperately trying to protect him?   I, your humble and lovable correspondent, will take a stab at this question.

First, Smith had a miserable run for the same Senate seat back in 2004.

Smith considered running for the US Senate seat from Florida in 2004 now held by Mel Martinez, but dropped out after raising little money[1] and receiving less than 1% support in Republican polls.-wikipedia

Second, Smith jumped the GOP ship after a failed bid at the Presidency in 1999.

In January 1999, Smith announced that he was a candidate for the Republican nomination for president (at the time the front-runner was Texas Governor George W. Bush). In July, after failing to gain any ground in the presidential race, Smith announced he was leaving the Republican Party and would seek the nomination of the U.S. Taxpayers Party for president. One month later, Smith swore off the Taxpayers Party and announced as an independent. He withdrew completely from the race in October and endorsed Bush.-wikepedia

Before I proceed to the third possible reason why I feel the Smith campaign is scrambling to protect Smith, re-read my second reason again.

Here’s the good Senator explaining why he betrayed the Republican Party and endorsed John Kerry. You couldn’t have said it any better, Bob!

It also looks like we also caught Senator Bob Smith telling a big juicy fib here.  In the preceding video, Sen. Smith emphatically says that, “I didn’t vote for Kerry, I didn’t support Kerry.”  Yet in the actual letter he sent to Sen. Kerry, he states,  “I want you to know that when I go into the booth next Tuesday, I am going to cast my vote for you.  So will my wife, Mary Jo, and all three of my children: Jason, Bobby, and Jenny.”

Click here to see the letter of endorsement Bob Smith sent to John F. Kerry prior to the 2004 Presidential Election.

Senator Smith is now asking us to trust and support him for the Republican nomination. Trust him? How on God’s green earth can we now trust a man

who abandoned the party and endorsed a Liberal Democrat over President Bush, and fibbed about his support of him?  Smith says he endorsed Kerry over Bush because he was mad at him for endorsing Sununu over him.  Senator Smith, were you 12 years old at the time?  You certainly were acting like an adolescent.  It appears you acted out of pure spite- pretty sad and pathetic for a grown man to do such a thing.

So let me ask you a few questions here, the same questions I would have asked had you not dodged my interview.

Can we trust you not to side with the Democrats like Arlen Specter had done for years? You did leave the party after all.

Since your fits of spite can cloud your political judgment, will you go against your fellow Republicans in the Senate because you are having a bad day or are upset at somebody?

What are your motives for running for Senate here in Florida? Are you just craving attention because you miss the limelight of Washington D.C.?

Has Charlie Crist or anyone associated with his campaign encouraged you to run for Senate?

If you continue not to poll, will you do the honorable thing and drop out of the race and endorse the conservative candidate in the race?  Better yet, will you drop out before your name is added to the voting ballot?

These are valid questions that should be asked of any Republican candidate that is seeking our trust and our vote.  Senator Smith- call your office, that interview request still stands.