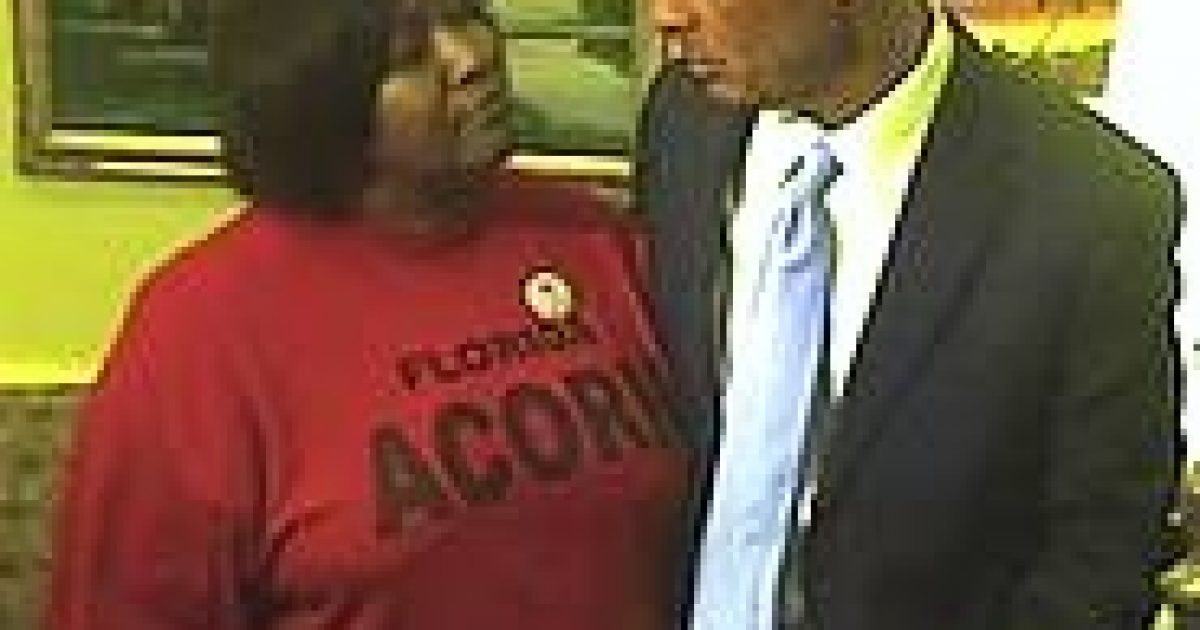 Fright Night with the Florida GOP

Today being Halloween and all, it is fitting that some state and federal politicians have provided us with some old fashion trick-o-treat fun. In NY Congressional District 23, Republican candidate Dede Scozzafava has just treated us with her withdrawal from the contentious race-leaving Conservative candidate Hoffman to duke it out with the Liberal Democrat who is also running in the race.

In New Jersey, we have another treat in the making as we may very well see Liberal Governor Jon Corzine lose to his Republican counterpart

Chris Christie. As we all know, New Jersey is as blue of a state as they come. President Barry Hussein Obama is expected to continue to stump for Corzine in the upcoming days. So far, Barry’s coat tails have not helped Corzine’s cause.

Back here in the beautiful state of Florida, we have a different set of tricks and treats. When you think of Florida, you think of Governor Charlie Crist- the tanned man. And it is so funny to say that all of the states’ Halloween festivities revolve around his tanning bed, I mean his campaign.

Now the Governor has to appoint someone to the Broward County Commission, hopefully it will be a solid conservative Republican. This may turn out to be a trick, since Crist is notorious for bucking the GOP by appointed Democrats instead of Republicans to public office.  Most notably, his appointment of Liberal Justice Perry to the Florida Supreme Court and a Democrat Palm Beach County Commissioner only served to undermine the chances for responsible conservative governance.

Broward GOP Chairman Chip LaMarca is very confident that the Governor’s pick in Broward will be a Republican. He and other local GOP leaders have lobbied the Governor to choose another Republican to replace Commissioner Josephus Eggeletion following his arrest for corruption.

anti-Rubio website and Youtube video that one of his advisors, Rich Heffley was responsible for.   Initially, Mr. Heffley, the Republican Party of Florida (RPOF), and Governor Crist adamantly denied involvement.  Then their tune began to change, saying they had limited knowledge of the site.  But now Heffley admits the site is his responsibility. See story-Heffley/Crist

Here are the indisputable facts:

-Heffley rents an office from the RPOF

-Heffley has worked for Crist in the past

-Heffley is a current adviser to Crist

-Heffley gets paid by the RPOF

So this begs the question- What did Charlie know, and when did he know it?

Can anyone get a comment from RPOF Chairman  Jim Greer?  He’s been mysteriously absent of late.  Was he aware of the shenanigans that were going on? More on Greer-Redcounty

There is speculation that Senator George LeMieux (REDSTATE) himself was indirectly involved or had prior knowledge of the website in question or the “Hitler” video. Read more-LeMieux-Redcounty

It seems as if the Crist campaign tried to trick the Rubio campaign and its supporters, but it’s turned out to be a major treat for Rubio.  With all of the negative attention Charlie has brought upon himself, it looks like the Governor has tricked himself out. Happy Halloween!!!!
0SHARES
ShareTweet